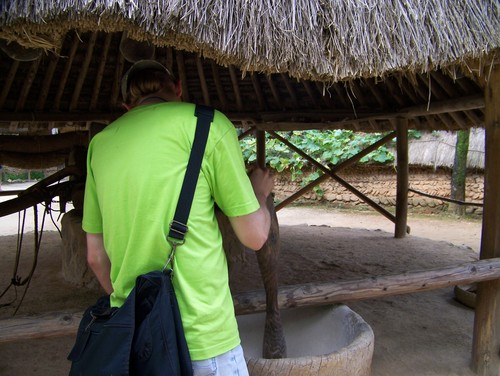 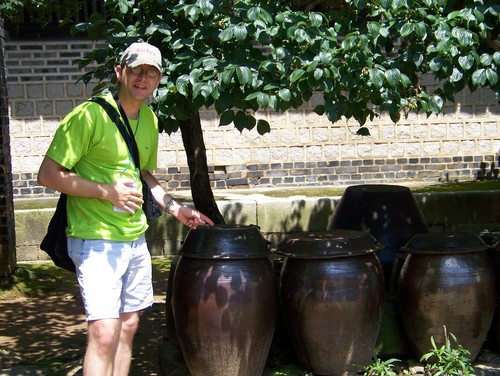 On Sunday, we went as a group to a Korean Folk village. For those of you in Wisconsin, think of it as an Old World Wisconsin but for Korea. The buildings were all original but they had been moved there so visitors could see a variety of styles of architecture. There is even a traditional food court to enjoy a wide range of foods. Amy and I were each given 10000 won to spend on food! Amy and I weren’t feeling very well for most of the day. It didn’t help that we got stuck on the bus with a drunk guy. He had two hours of sleep and was absolutely obnoxious. Of course, he thought he was the life of the party. The bus ride lasted for about an hour. We watched some olympic event on the bus’s TV while we ignored the drunk dude. Highlights from the village were a folk dance group, acrobats on a seesaw, a tight rope performer, and a Korean Wedding. For lunch, Amy picked potato pancakes and some Korean sausage and I picked a Ginger chicken soup that the folk village is well known for. In fact, it was in such demand that I waited in line for an hour just to receive a boil of boiling hot soup. I couldn’t eat it because it was too hot. 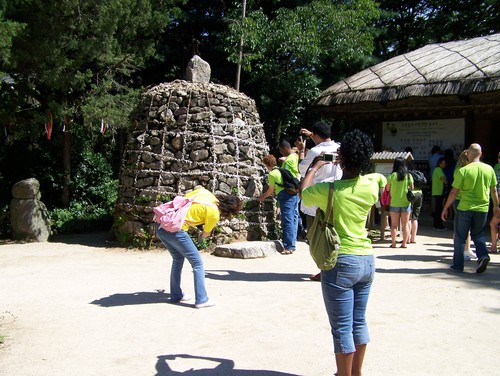 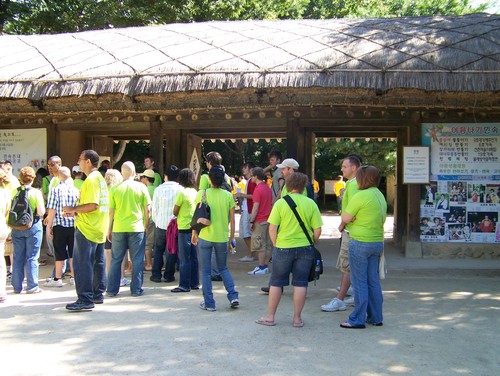 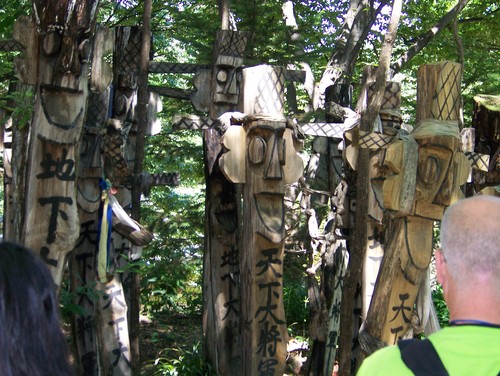 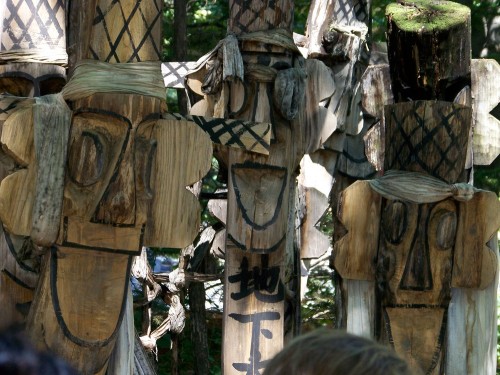 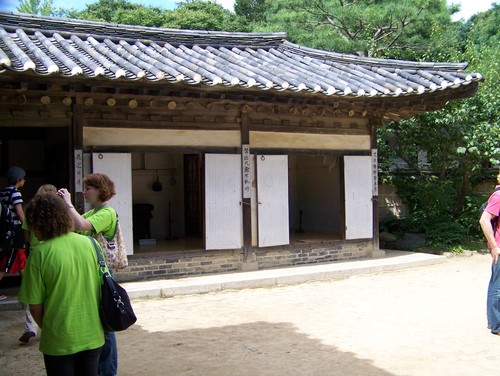 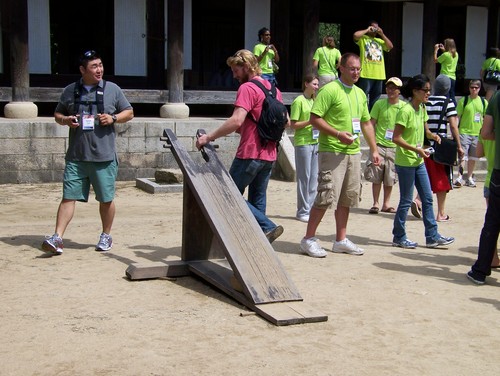 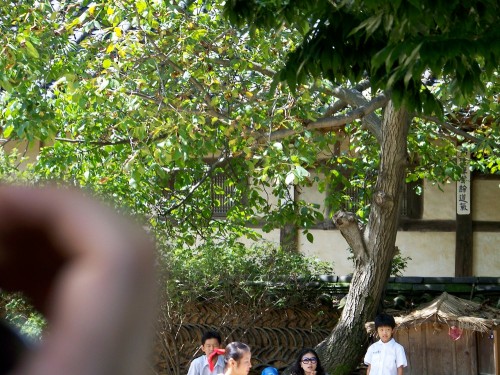 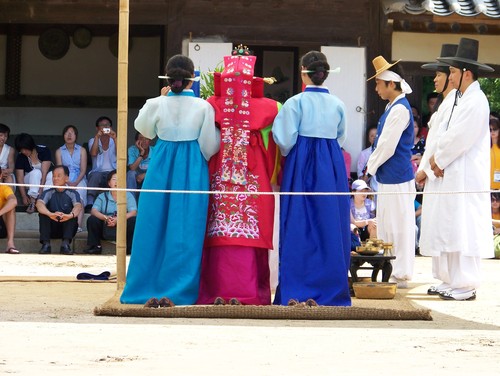 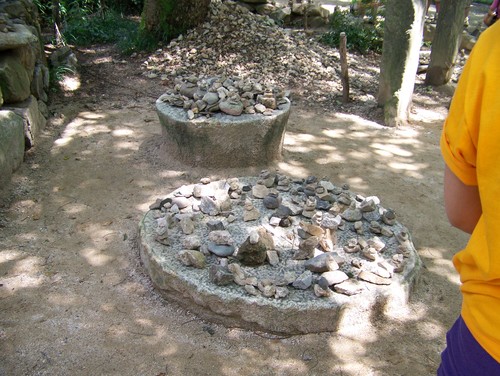 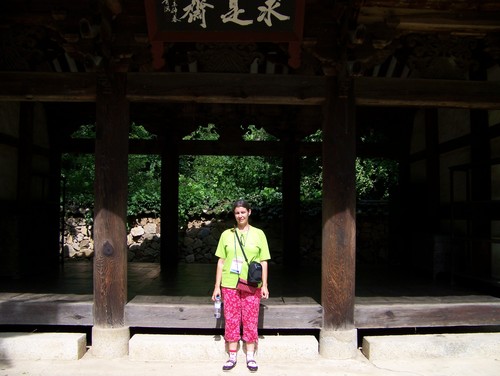